The Cambridge University Botanic Garden was the brainchild of John Stevens Henslow, Professor of Botany at the University from 1825 until his death in 1861 and the loved and revered mentor of Charles Darwin. Henslow’s research focused on the nature and origin of species, and his influence and inspiration is much credited in Darwin’s revolutionary work. Founded in 1846, the Garden was home to 8,000 plant species, including an array of trees which form one of the UK’s finest arboretums. Designing the furniture for this prestigious laboratory was an honour.

At the turn of the millennium, set against a background of a burgeoning world population and the consequent urgent need for agricultural innovation, it was decided that Cambridge University needed a world-class post-doctorate facility for its Botanic Institute. The laboratory should attract the very best scientists, and would cement the University’s reputation for the most advanced research in this field. 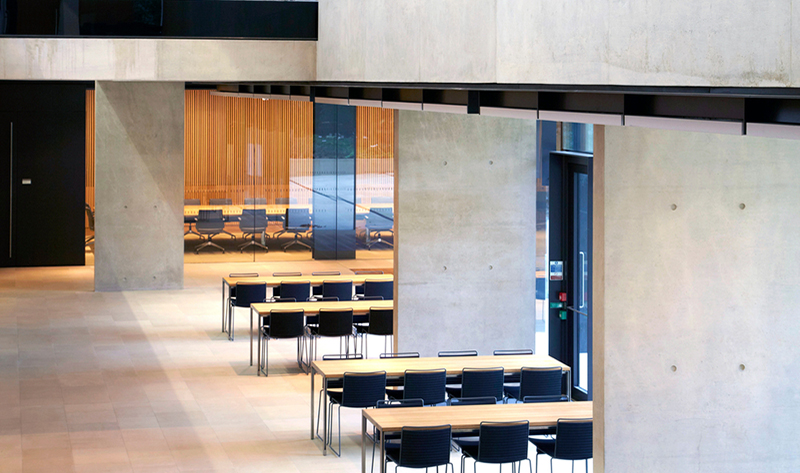 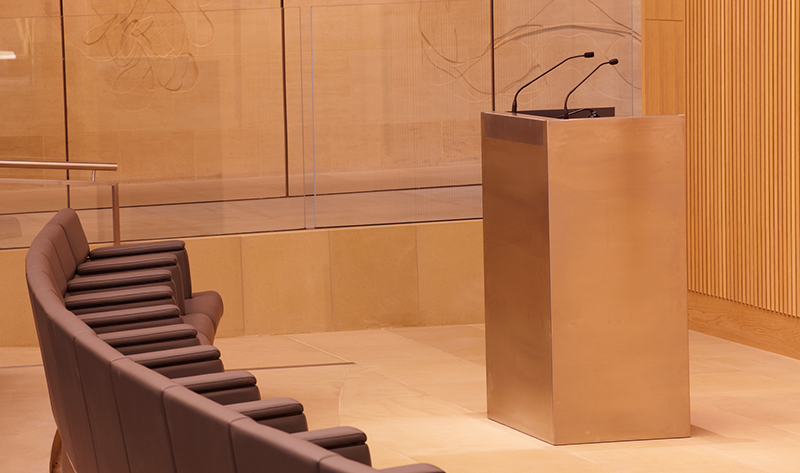 Baron Sainsbury of Turville, in Iine for election as the next Chancellor of the University after Prince Philip’s retirement, was keen to fund the project through his Gatsby Charitable Foundation.

Architects Stanton Williams were appointed to design what had to be a signature building in every respect. ‘One of the ways that Stanton Williams really distinguished themselves,’ says Roger Freedman, the Foundation’s Chief Scientific Advisor to the Sainsbury Laboratory, ‘was that they dedicated quite a long time to understanding what their remit was, what the building had to be. And they also took time to look at the site. And when they had digested those issues, that was when they started sketching out general ideas. They really listened.’

One of Stanton Williams’ characteristic attitudes to design is to guarantee aesthetic coherence throughout the project by controlling every element of the project down to the last detail. This includes their consideration for furniture and, in this case laboratory furniture, in the earliest stages of concept and schematic design.

Lord Sainsbury recommended Luke Hughes as the furniture design consultants for the project. We had recently designed and made his dining table and furniture for the Institute of Government and his private office HQ and we were the only practice he knew with a similar approach to Stanton Williams’ when it came to detail.

A schedule of all the furniture types the building needed – soft public seating, custom occasional tables, workstations, research pods, credenzas, laboratory furniture, carrels, custom meeting and 30-seat conference tables– was drawn up and priced at low and high points to meet the ‘very tight’ budget. As furniture designers, Luke Hughes’ job was to find a clever way of value engineering and procuring the furniture to stay on budget, but not diminish the quality of the architecture in any way.

Budget is always an early Luke Hughes design criterion, one of the things on which the company focuses its expertise in value engineering. It is wasteful of time, resources, personnel and money to engage in the design process and only then discover that the budget won’t support it.

Stanton Williams founding partner, Alan Stanton, worked closely with the Luke Hughes team throughout the project, considering every detail and contributing to the design language that we then flowed seamlessly across the entire range we developed for the project, including the laboratory furniture. 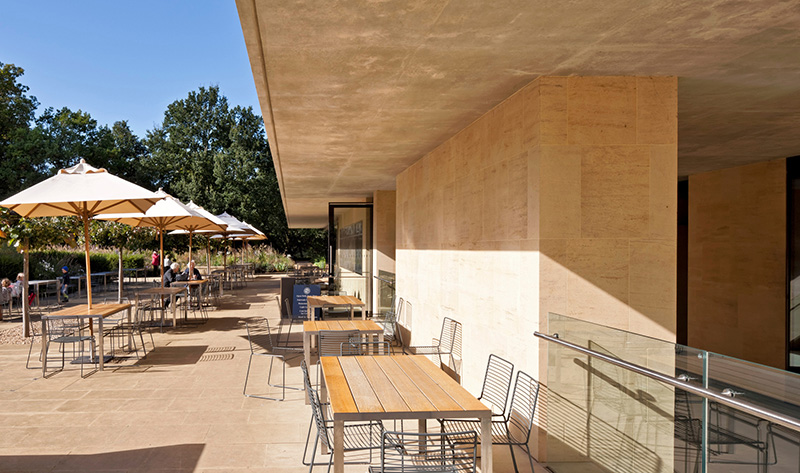 The design development process involved many meetings and models, and repeated visits to the building to understand it better. Furniture designers and architect also examined the stainless steel welding in the selected specialist custom fabrication workshops, and visited the upholsterers to test the ‘give’ in the dual foam layers, to decide on cricket ball seams or pleated ones, to control the stretching and stitching to ensure the leather would not crease or ruck up.

Welding the stainless steel presented a number of challenges because stainless steel is much more ductile than mild steel, and hence much more prone to distortion from heat. Where the welds went and what happened in the process drove the Luke Hughes design and engineering team in their decisions to fold or join and a host of other details. At times, the Luke Hughes team were drawing as the workshops were making, pushing the tolerances to see how tight they could make the shadow gaps.

The custom 10-seat stainless steel framed tables in the dining commons are 2440mm / 8ft long. Clever engineering design meant no triangulation was required. Desking and laboratory furniture, both in individual rooms and multi-occupancy open-plan areas, echo the calm rationality of the linear design, with slate grey worktops over proprietary pedestal units in the office floor areas, and solo desking for the individual spaces carrying cable management pods under their work surfaces.

Her Majesty the Queen opened the Sainsbury Laboratory in April 2011. The profound commitment to quality and painstaking attention to detail is everywhere apparent, in the ‘soft’ human issues of circulation, co-operation and collaboration, as well as sustainability and fitness for purpose, in an envelope of calm, restrained beauty. The laboratory furniture’s relationship to the building is indeed seamless. ‘The palette of natural materials... which includes powder-coated and anodised aluminium, stainless steel and acoustic render, is held together by impeccable detailed design,’ wrote critic Felix Mara in The Architects’ Journal.

Among the project’s no less than 13 awards and commendations, it won the 2012 RIBA Stirling Prize, British architecture’s highest accolade and Stanton Williams’ first. A later reader poll in The Architects’ Journal voted it the best building of all 17 Stirling Prize winners. ‘The Sainsbury Laboratory is a timeless piece of architecture,’ said the judges, ‘sitting within a highly sensitive site, one overlooking the woods where Darwin walked with his tutor and mentor Henslow, discussing the origin of species. In this project Stanton Williams and their landscape architects have created a new landscape, a courtyard which flows out into the botanical gardens. The project is both highly particular and specialised, and at the same time a universal building type, taken to an extraordinary degree of sophistication and beauty.’

This is one of the most exciting projects with which my Charitable Foundation has been involved,’ said Lord Sainsbury at the opening. ‘It combines an inspirational research programme, an historic site in the Botanic Garden and a beautiful laboratory designed by Stanton Williams, and I believe it will become a world class centre of excellent plant science.’

‘I’m delighted that the Sainsbury Laboratory has received the prestigious Stirling Prize,’ said Michael Bienias, at the time the Director of Estate Management for the University of Cambridge. ‘It’s testament to the excellent design skills of the architects Stanton Williams and truly reflects the support they received from the entire project team.’

It was clear from the outset that Lord Sainsbury wanted an outstanding building. That is exactly what he got, and the team at Luke Hughes is delighted to have been part of the project team.

The Sainsbury Laboratory has won the following awards: 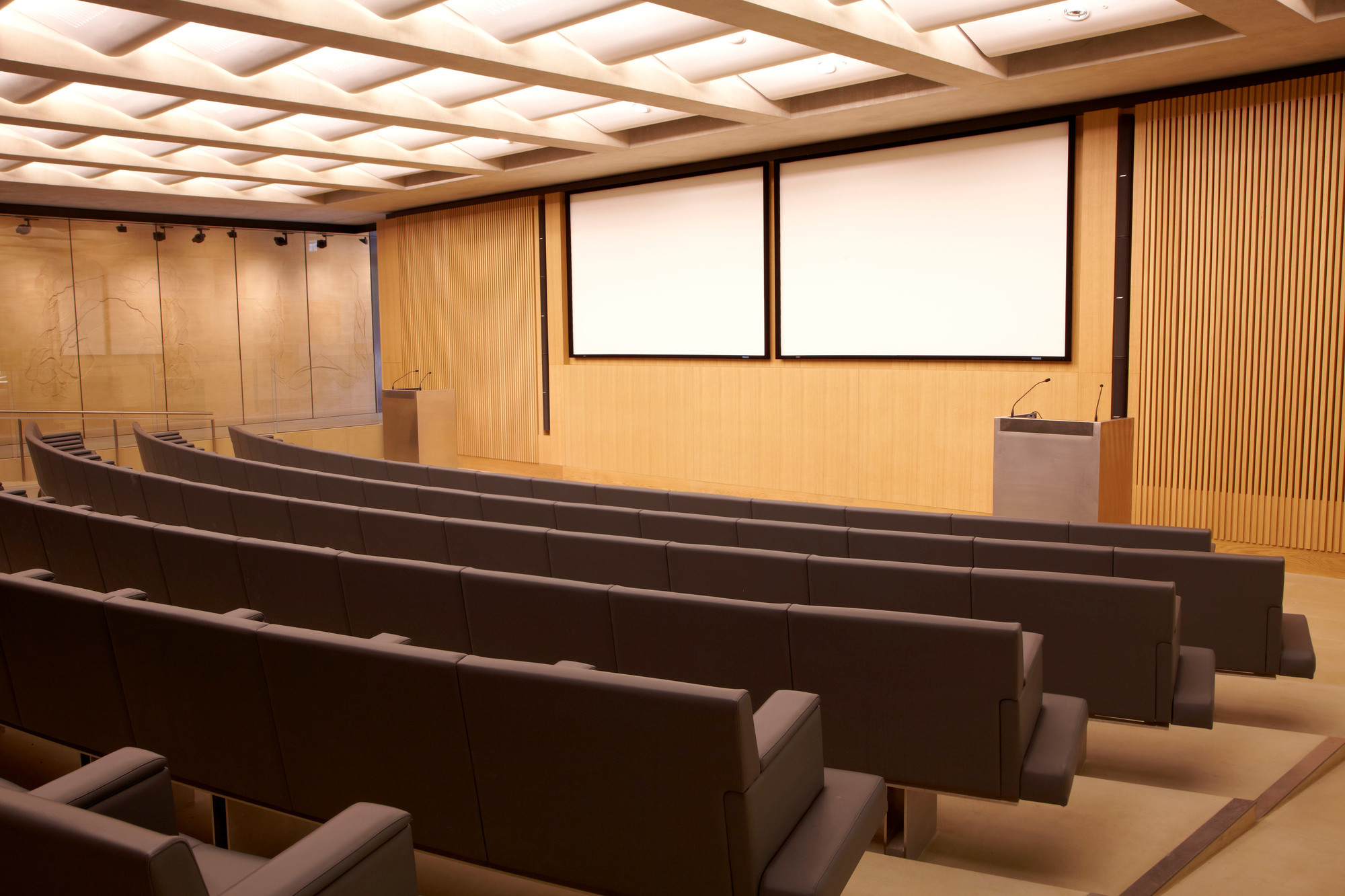 Working on a STEM, STEAM or research building?

You need us on your team

Working with end clients and their architects, we are experts in the adaptive re-use, conservation and new build of research laboratories, engineering labs, robotics labs, maker spaces and combined science buildings for leading schools, universities and corporate clients.