In 2,000 years of evolution of ecclesiastical architecture, no one thought about stacking pews until the team at Luke Hughes invented them as the next generation of cathedral furniture in 1995.

Why on earth no one thought about stacking pews as cathedral furniture beforehand is still a mystery, because the multi-functional community space that is the modern church was very much foreshadowed by those empty churches. Pews locked down the seating arrangement, consigning ecclesiastical interiors to inflexible single use.

Our first pew – or bench - project was for St Barnabas, Dulwich, in 1997. The budget was very constrained, but our design team found we could do a four-seat bench for only slightly more than the price of a substantially-built timber chair.

Not only did this cut the unit cost per seat, it also increased capacity because a family of five can shuffle-up to sit on a four-seater bench. This potential for a 20% increase in capacity with no additional floor area and new and improved flexibility has been a central theme of the company’s church reordering projects ever since and is now a common theme in our design of cathedral furniture.

It was easy to lay them out correctly, or stack and clear them away. They are light enough for even quite elderly volunteers to lift, but secure enough to be stable.

This is how the company, by then with experience of re-ordering the seating of 80 parish churches, came to Sheffield Cathedral.

There was no flexibility with the pew seating in the nave. The client said: ‘Look, this is an urban cathedral. Tramps and homeless people come in and sleep here. We want them to be able to do that, and they can’t do it on chairs.’

It is also true to say that of all the churches and cathedrals in which Luke Hughes furniture is installed, Sheffield is probably the busiest in terms of reconfiguration. Only some of our synagogue clients re-purpose their space as often in a single day.

The vergers re-organise and re-orient the seating as often as three times a day, every day. The critical requirement for the cathedral benches, therefore, was that they should be light and strong, both because of the actual amount of moving, and also because we had to allow for vergers of different ages and levels of physical strength to be moving the cathedral furniture.

The Luke Hughes design team developed a series of refinements to previous designs, saving a significant 6kg (13lbs 4oz) per 4-seat bench with no loss in durability.

There was much discussion about how to handle and store the cathedral benches. The Luke Hughes team took the client team to St Mary’s Ealing and showed them the specialised dolly system we had developed, which allows benches to be stacked five at a time and then rolled around easily and safely. It was the way the dollies worked that completely transformed the space.

To prove just how quick and efficient the Luke Hughes stacking bench and dolly design was, a 2-person team cleared stacking pews seating 600 people in under 17 minutes.

That, to our way of thinking, is what we mean by keeping notable buildings relevant. The vergers at Sheffield Cathedral are still re-organising and moving their Luke Hughes stacking pews, day in day out. 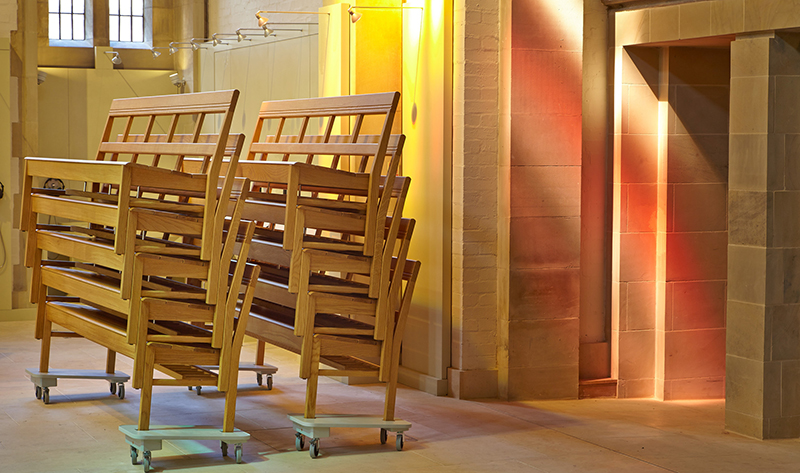 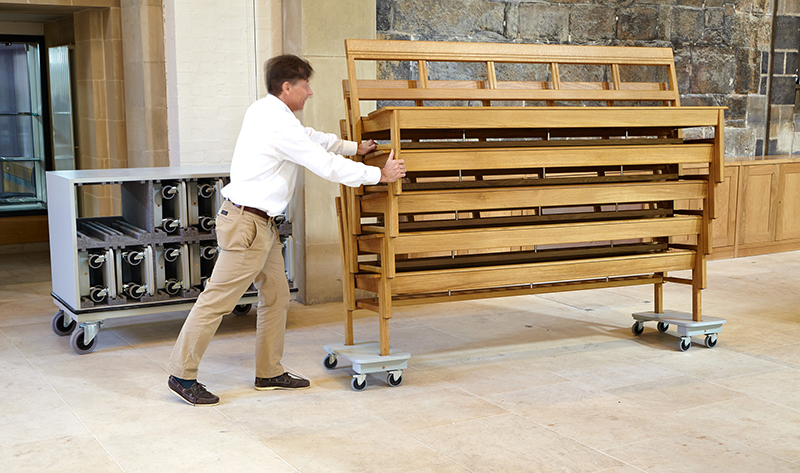 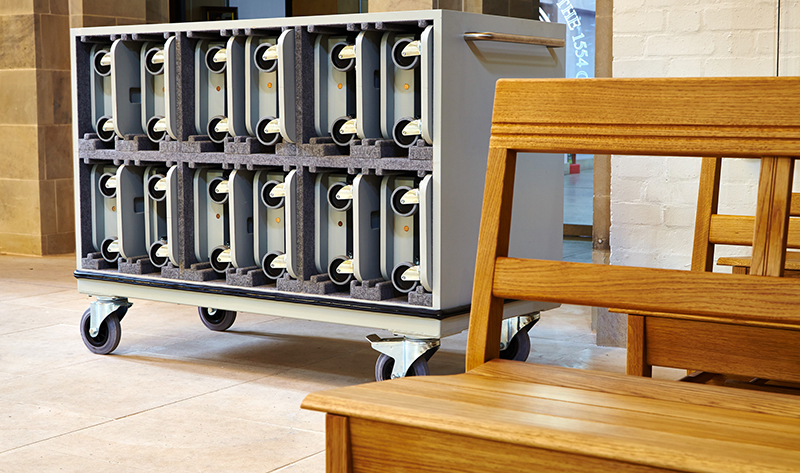 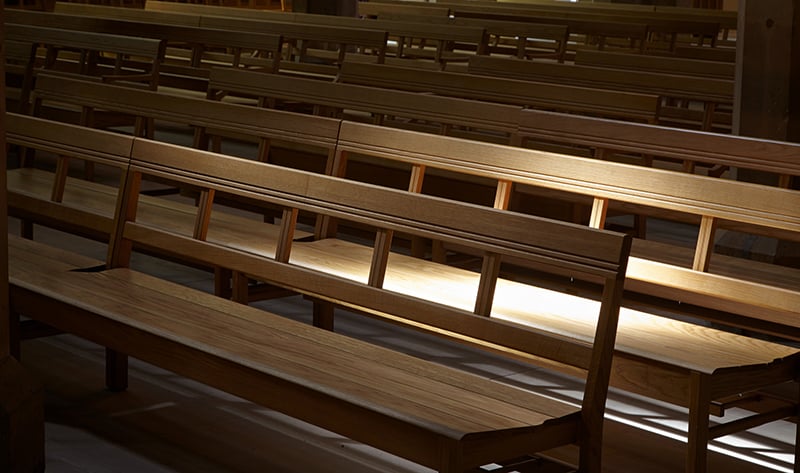 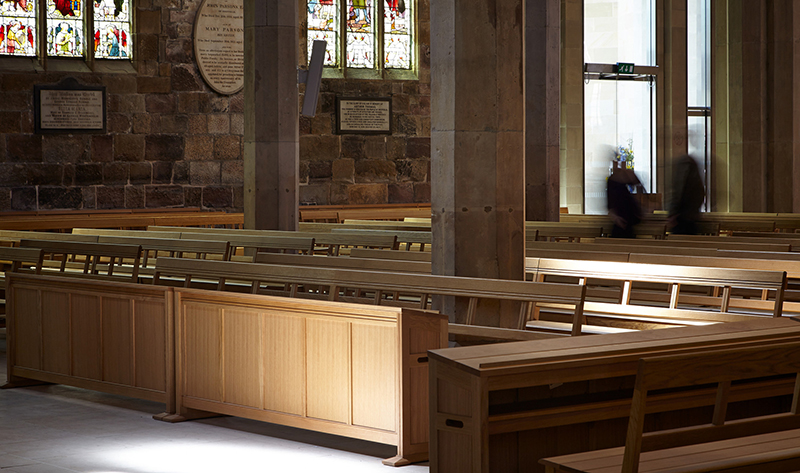 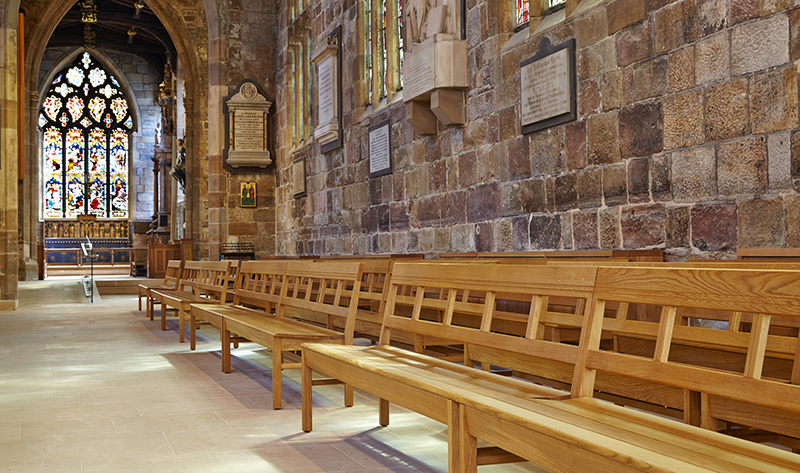 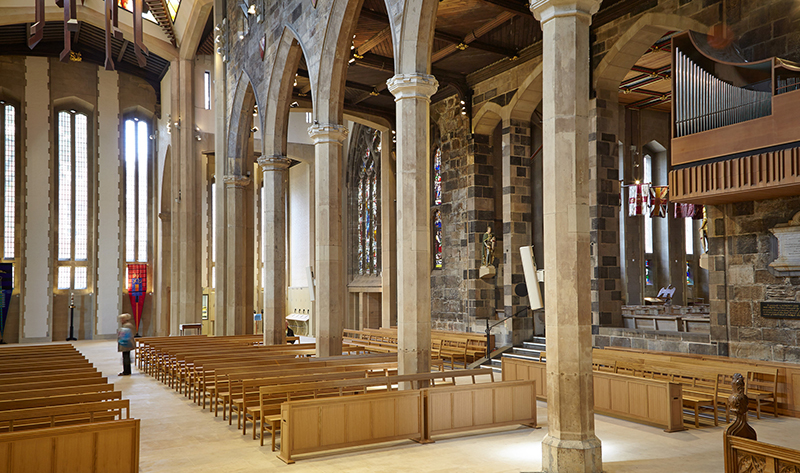 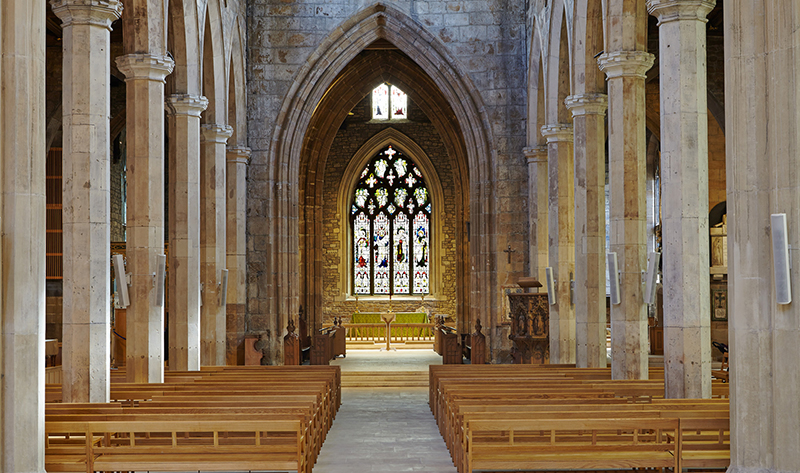 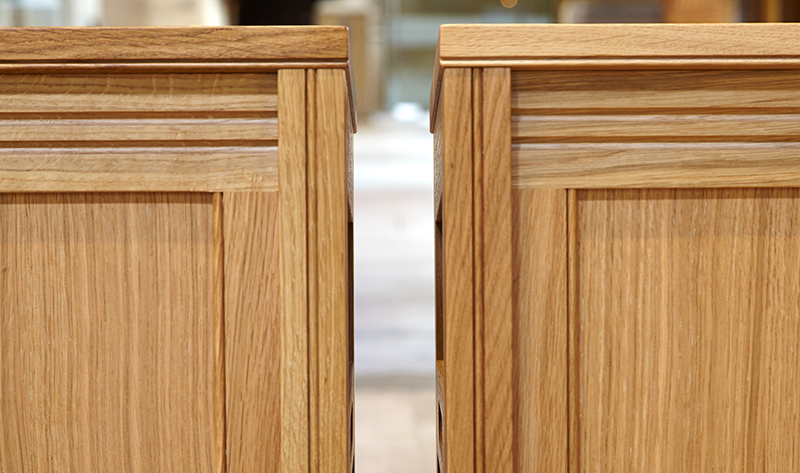 Re-ordering, or in need of seating or liturgical furniture?

Let us help you

We are furniture design engineers focused on creating long-lasting, high-quality furniture that compliments the architecture it sits in.  We work with hundreds of places of worship and will lead and guide you through the process of reordering with care and expertise.