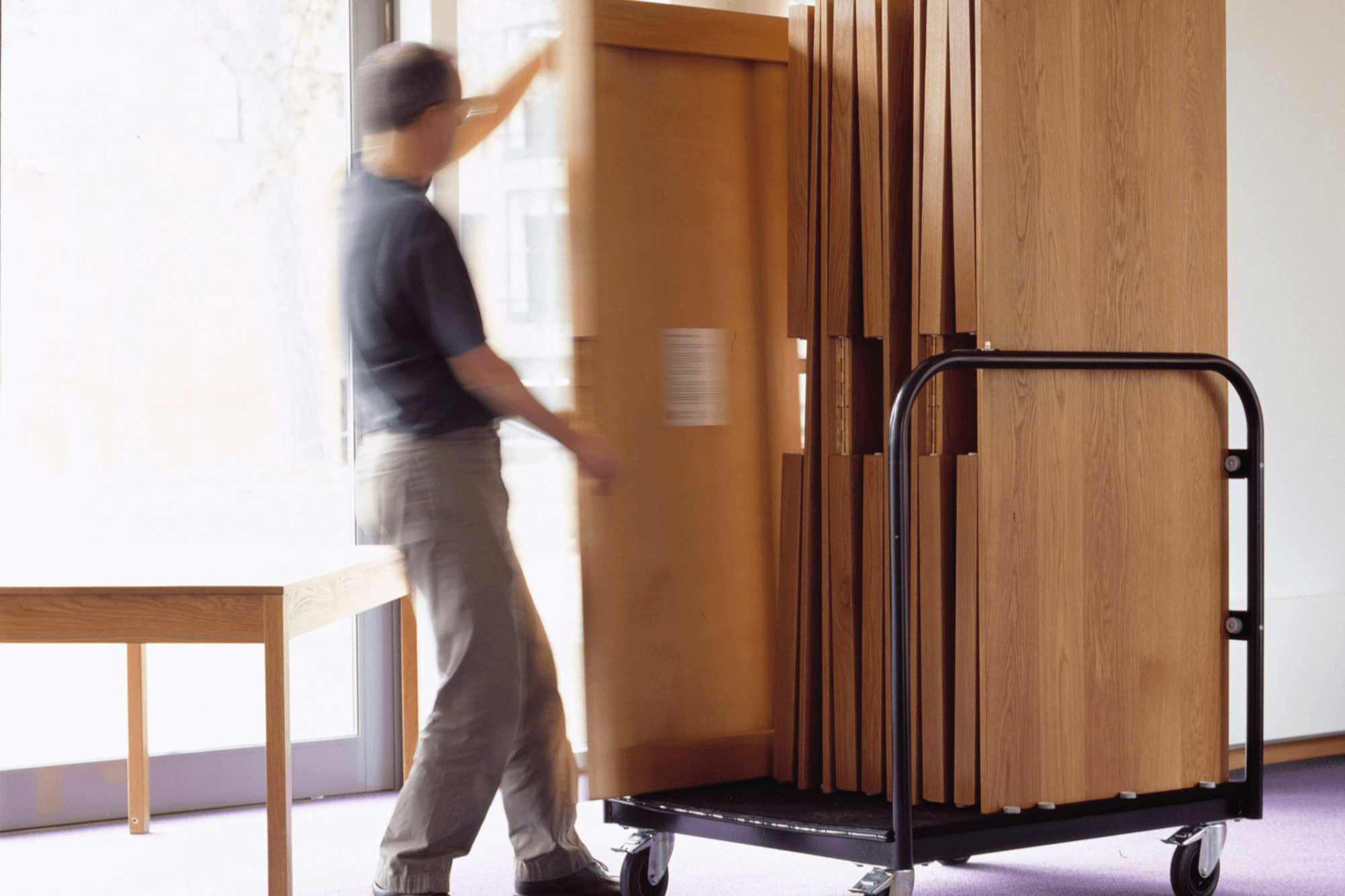 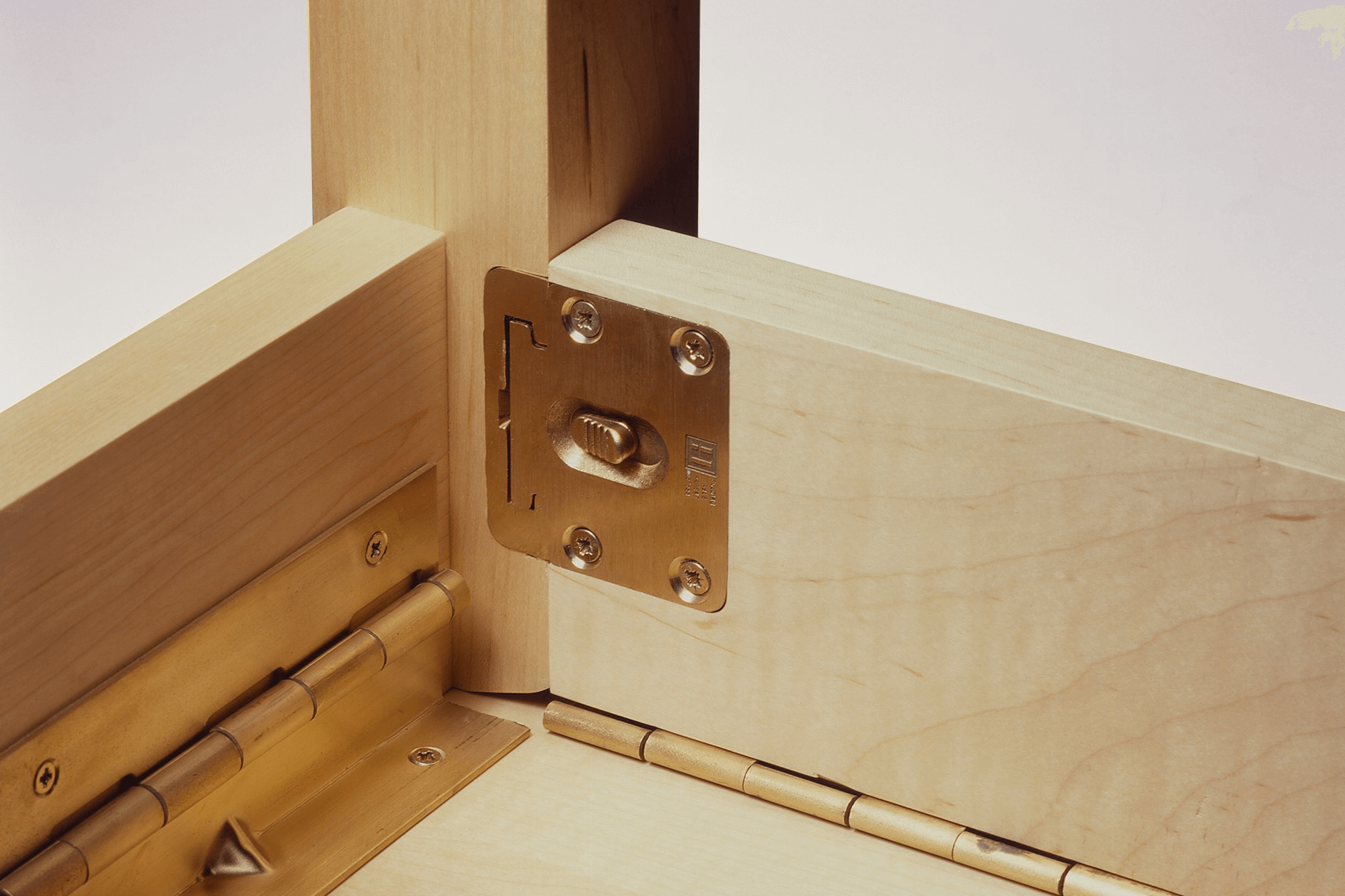 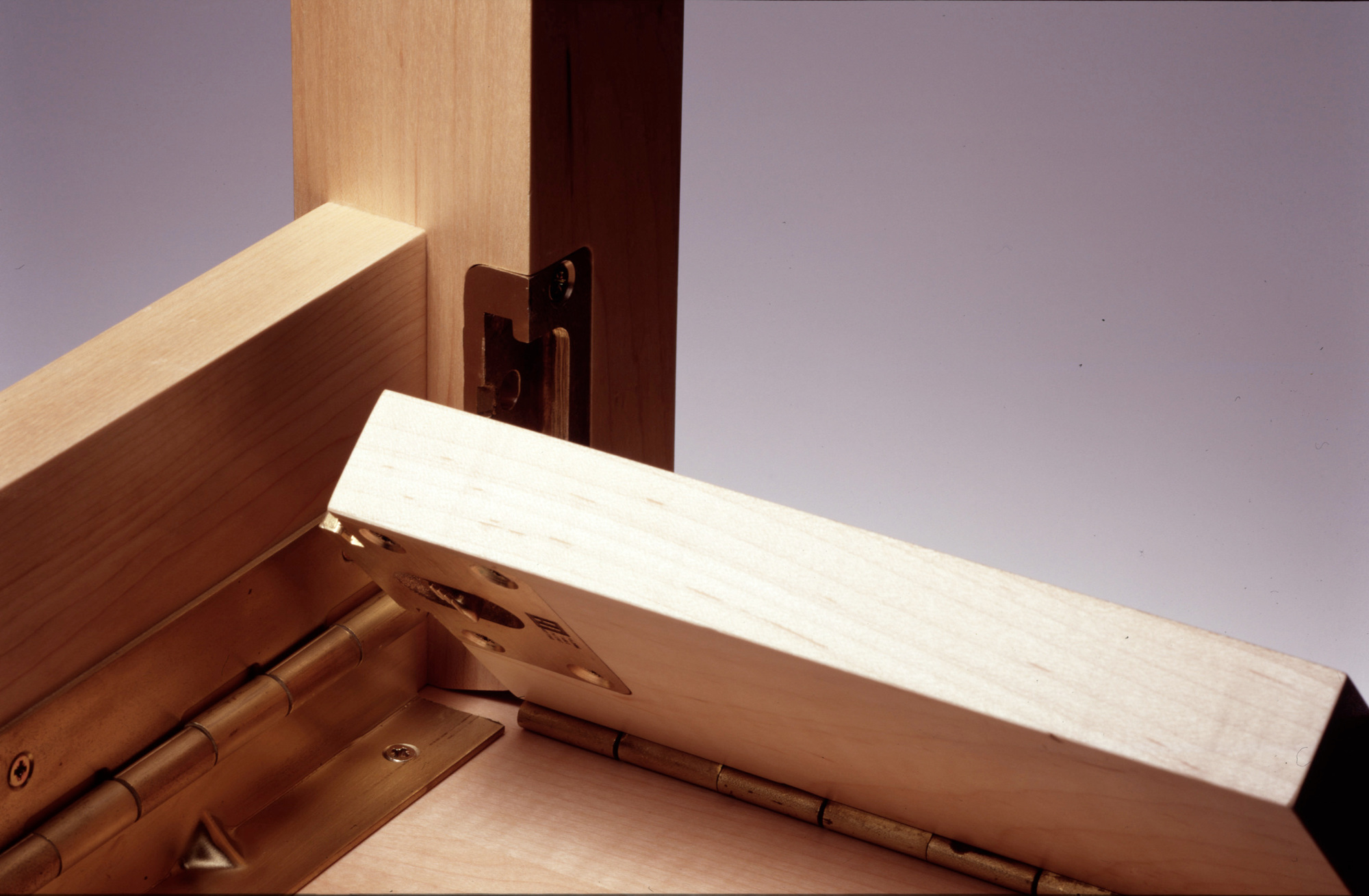 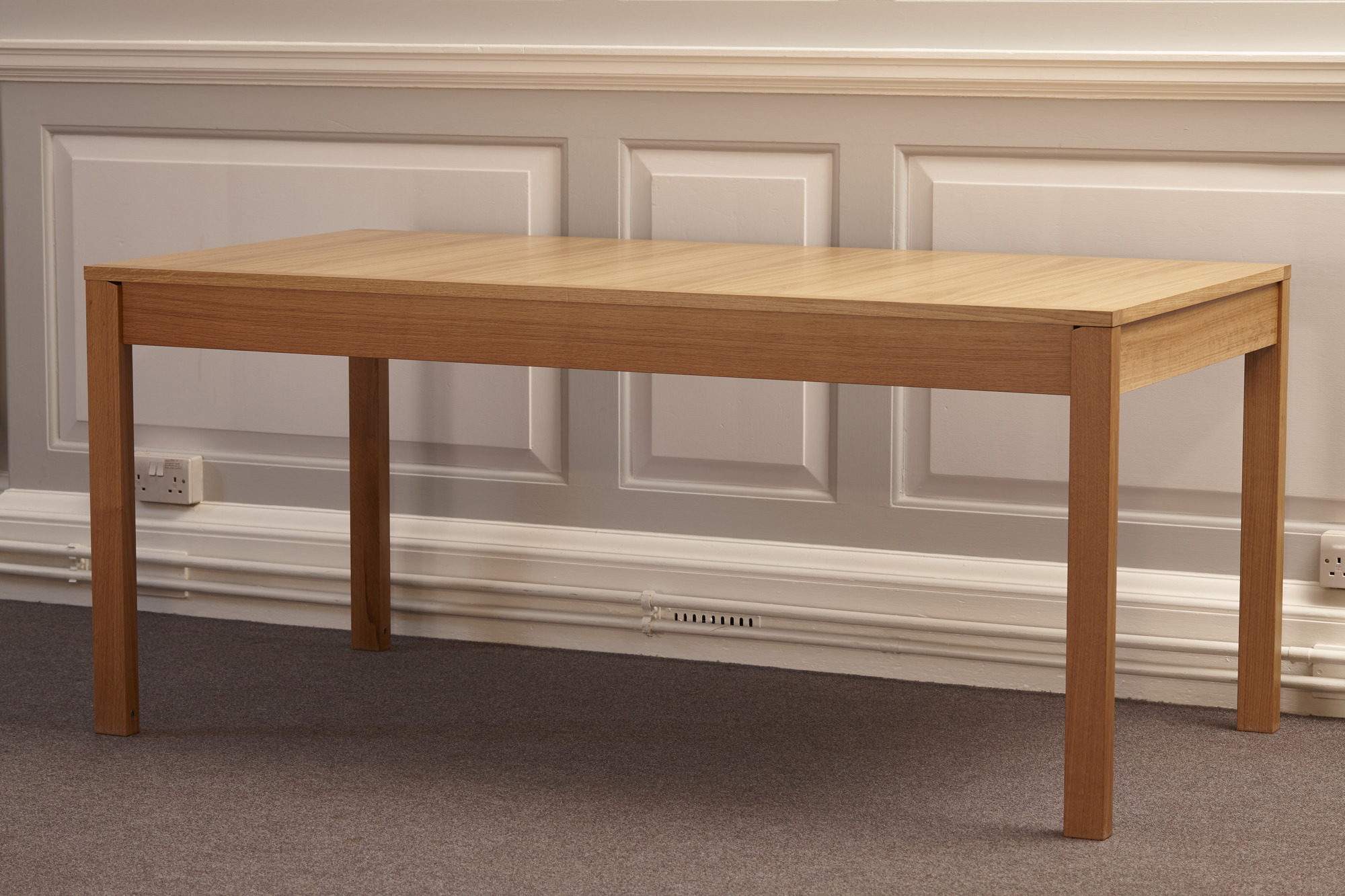 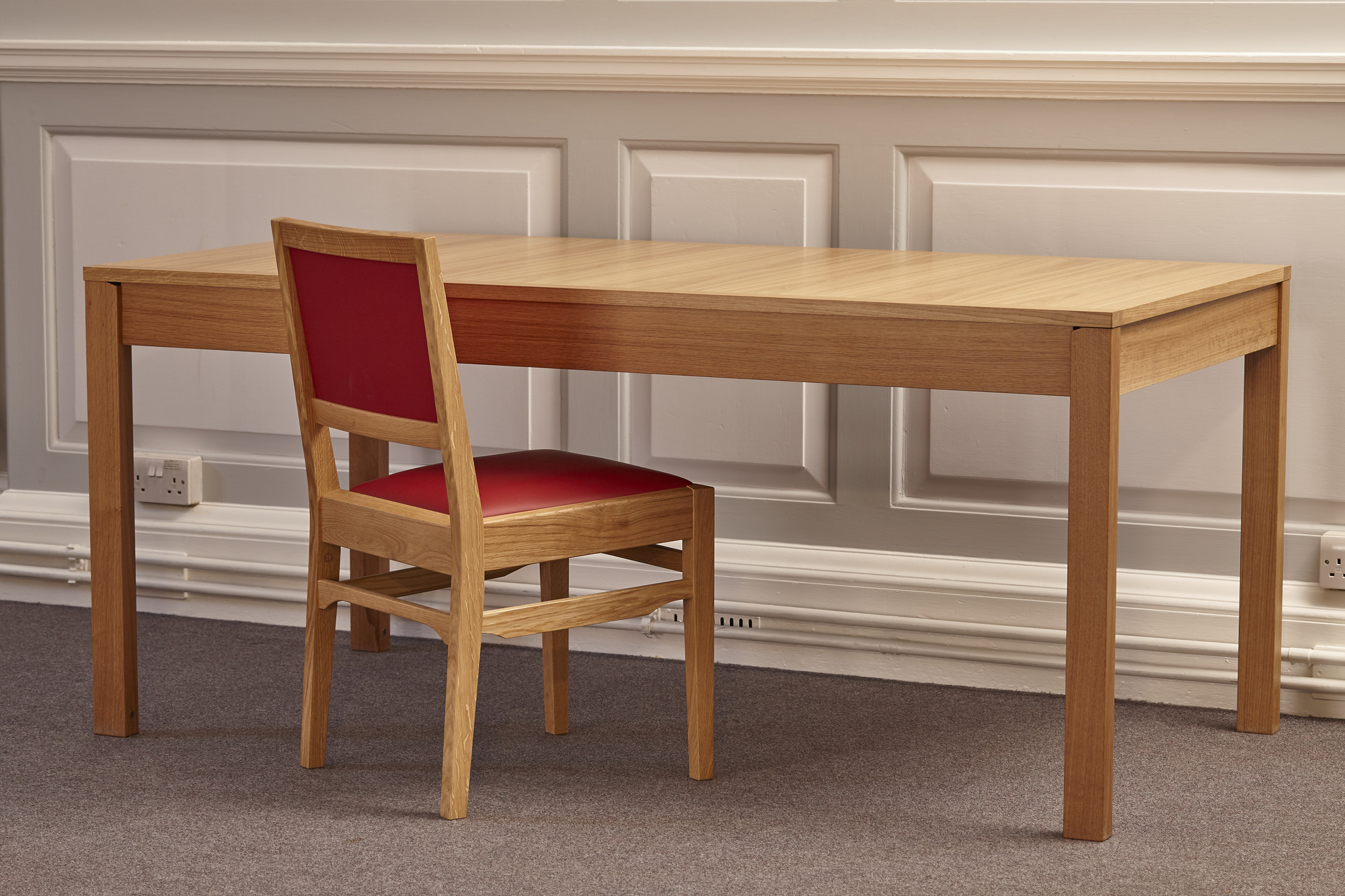 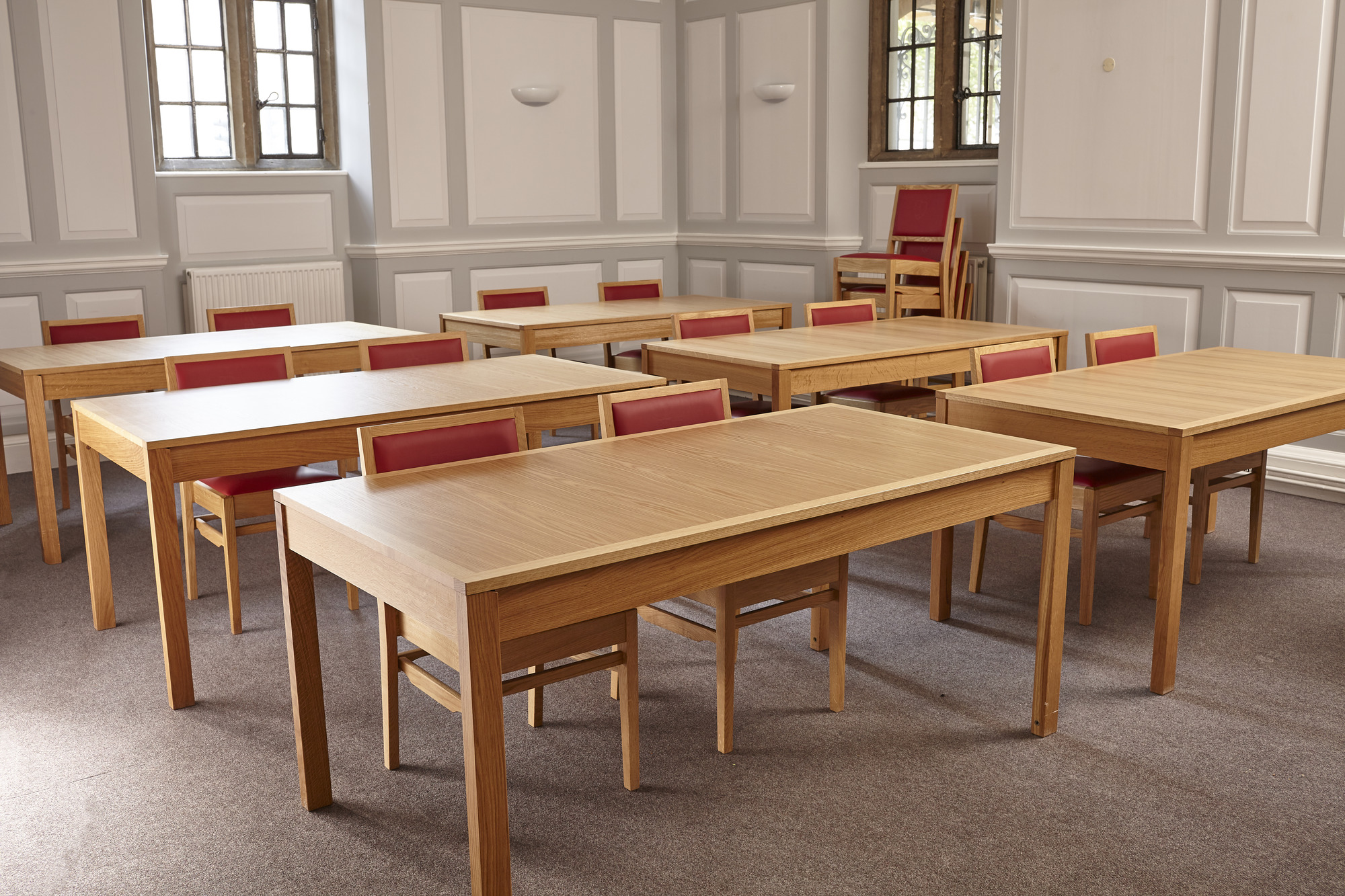 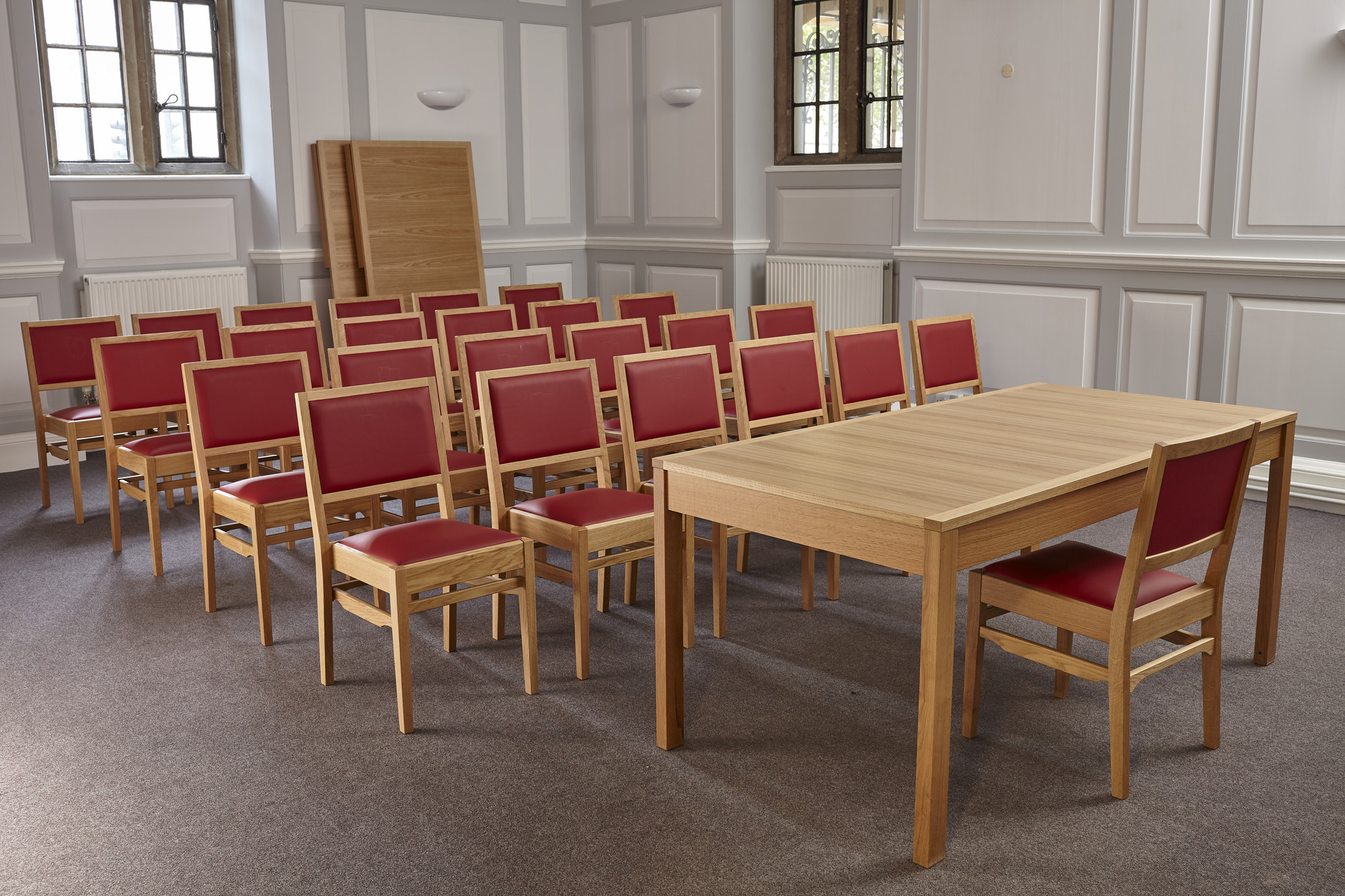 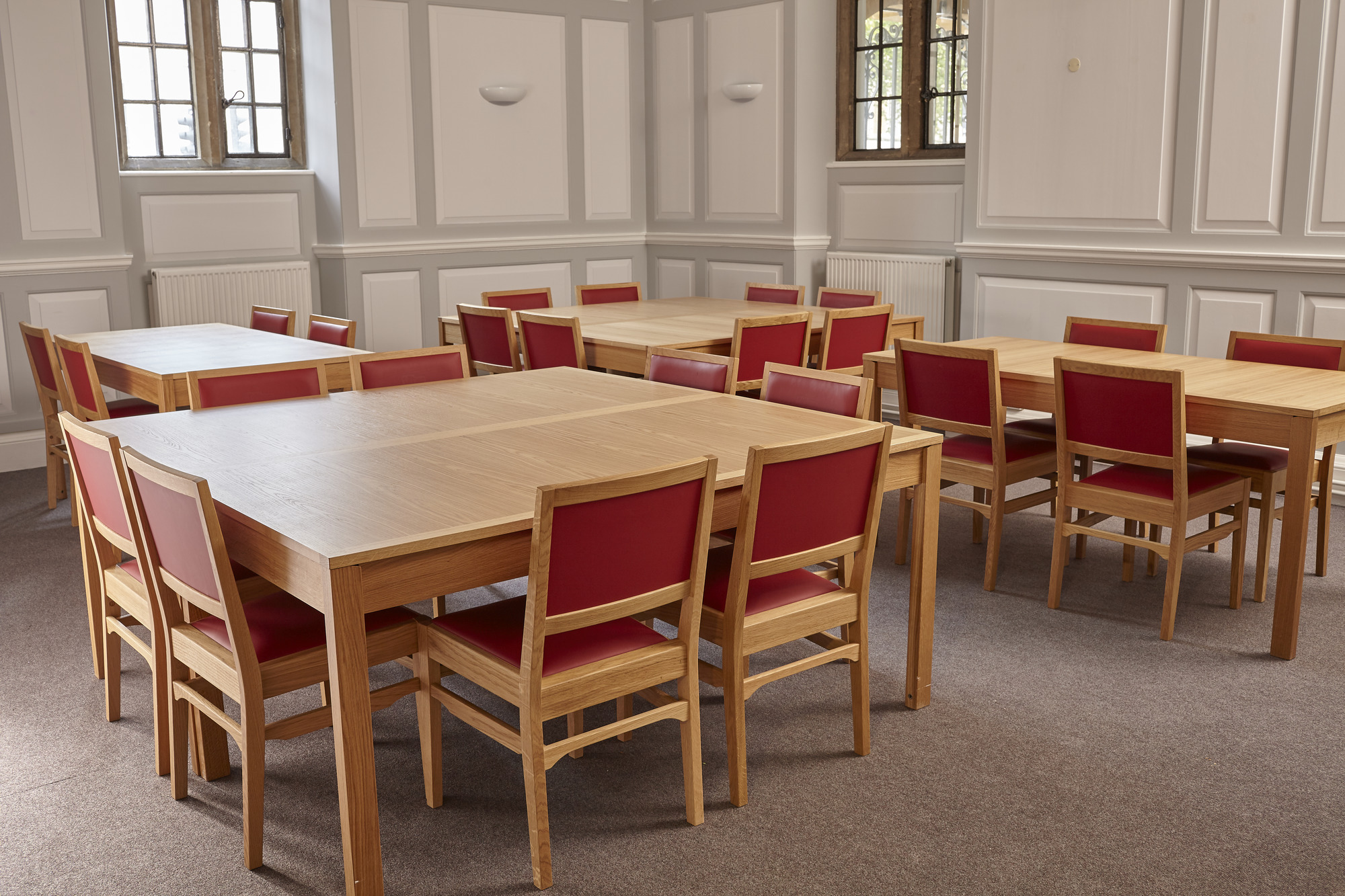 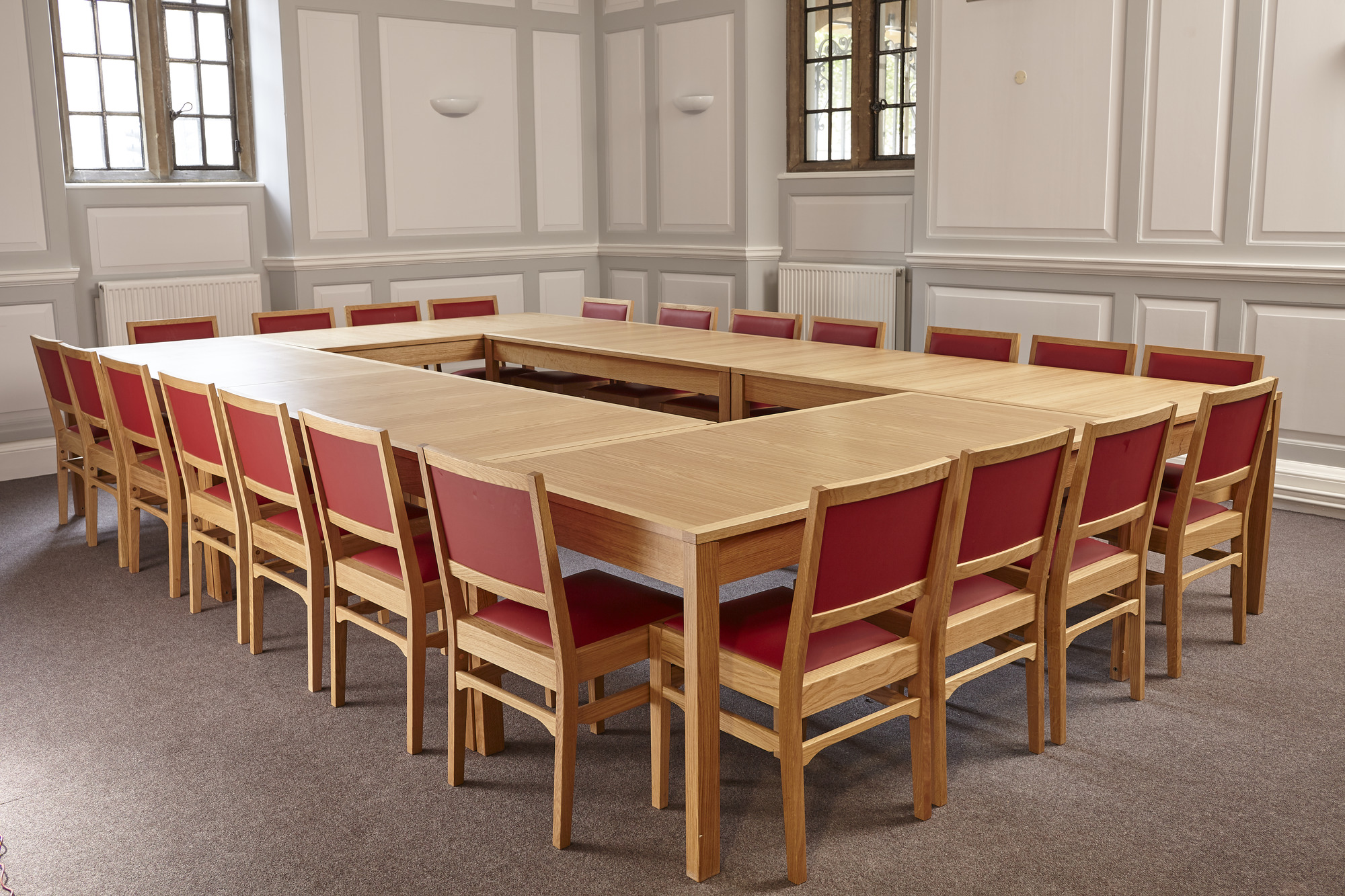 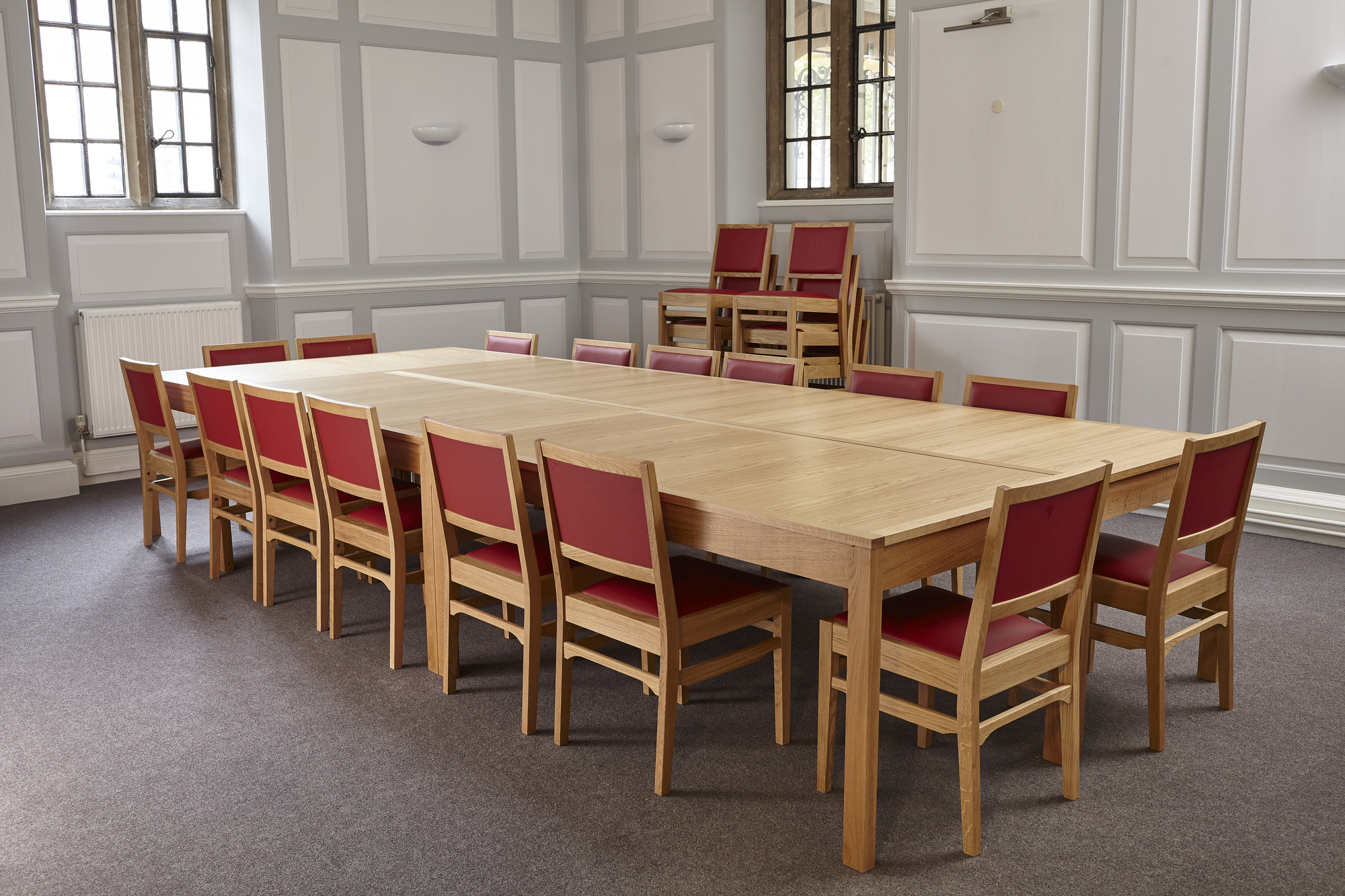 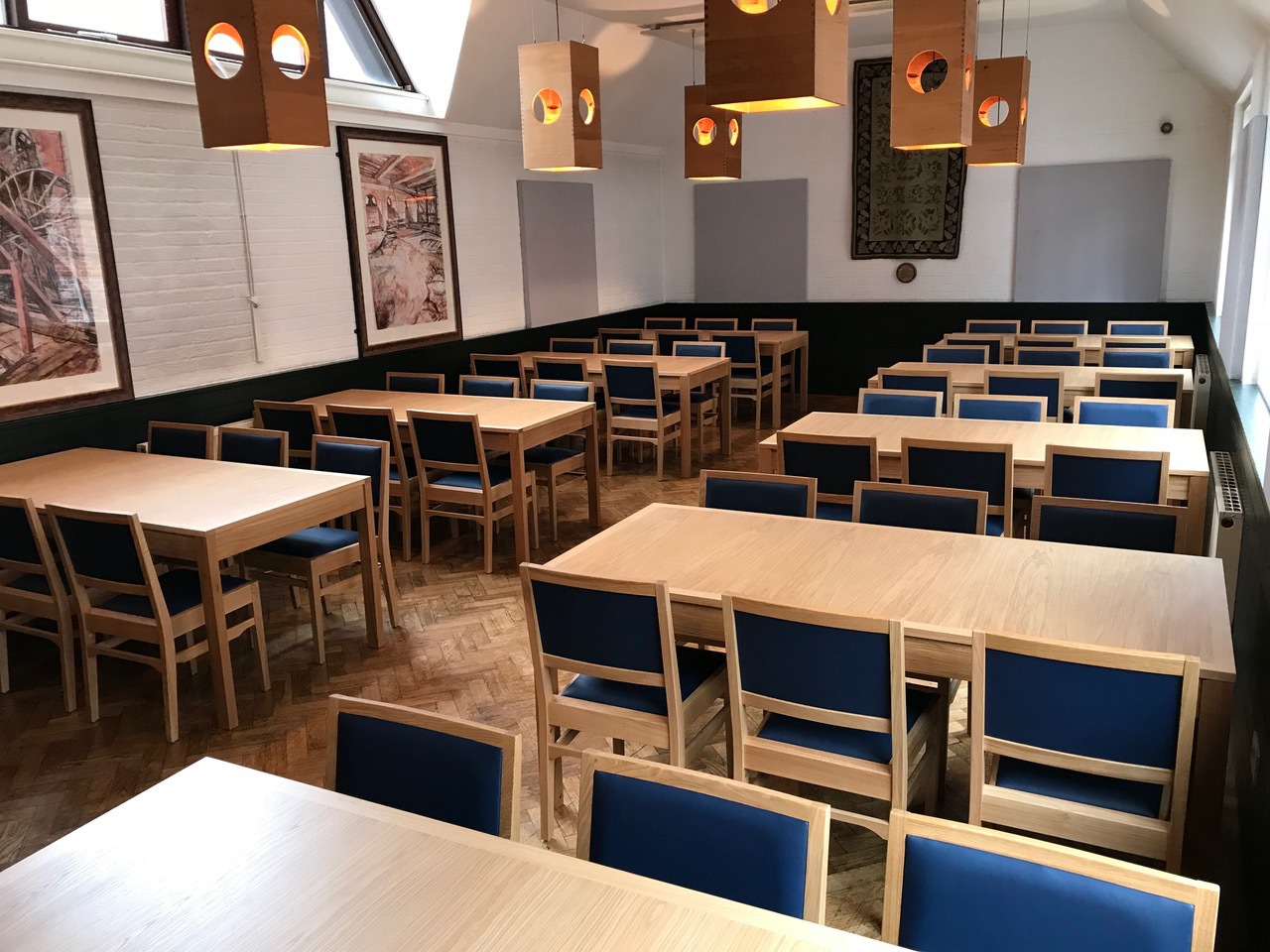 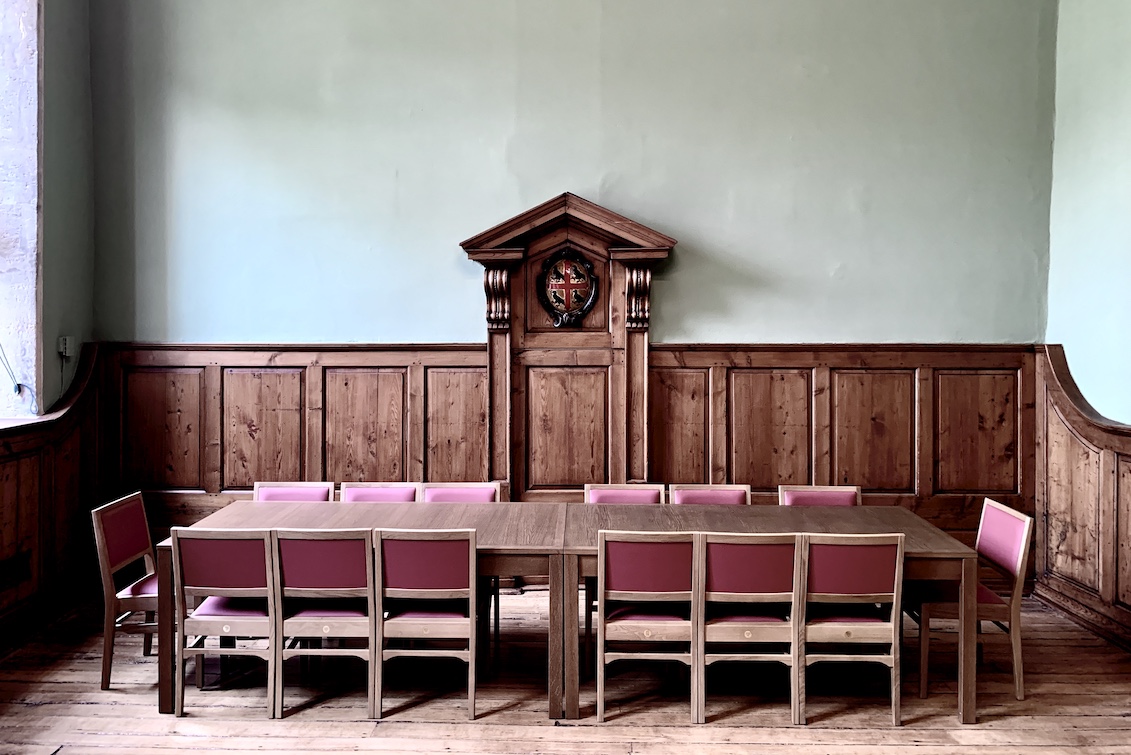 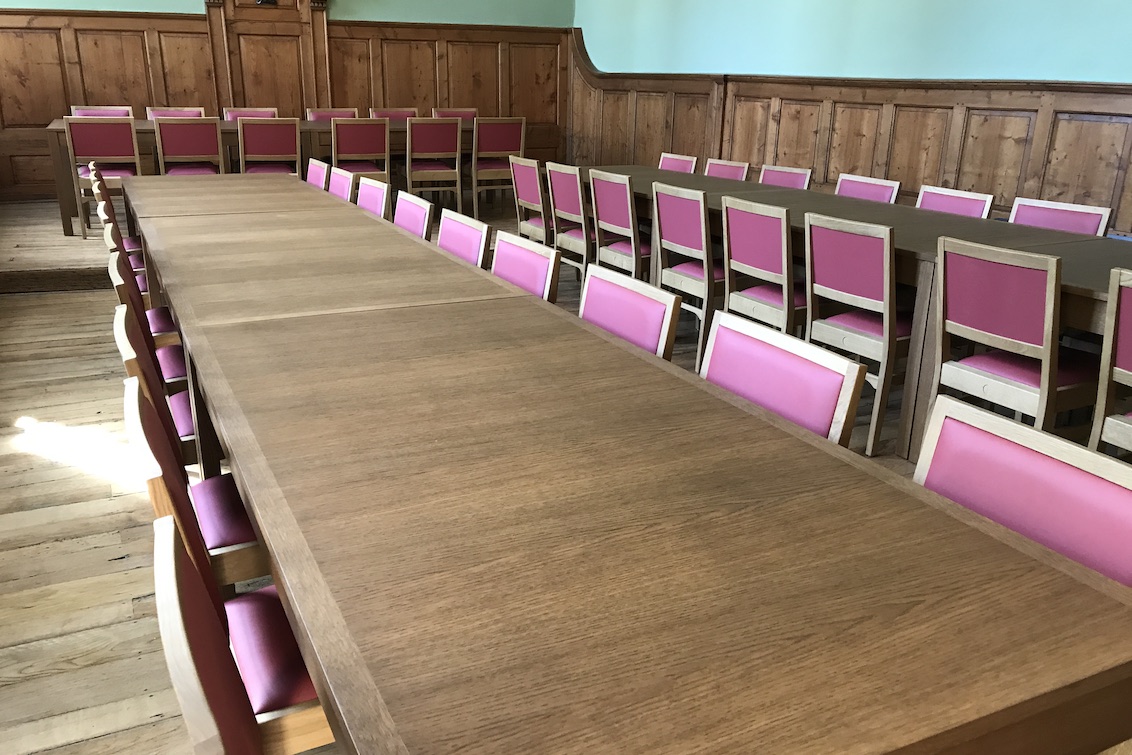 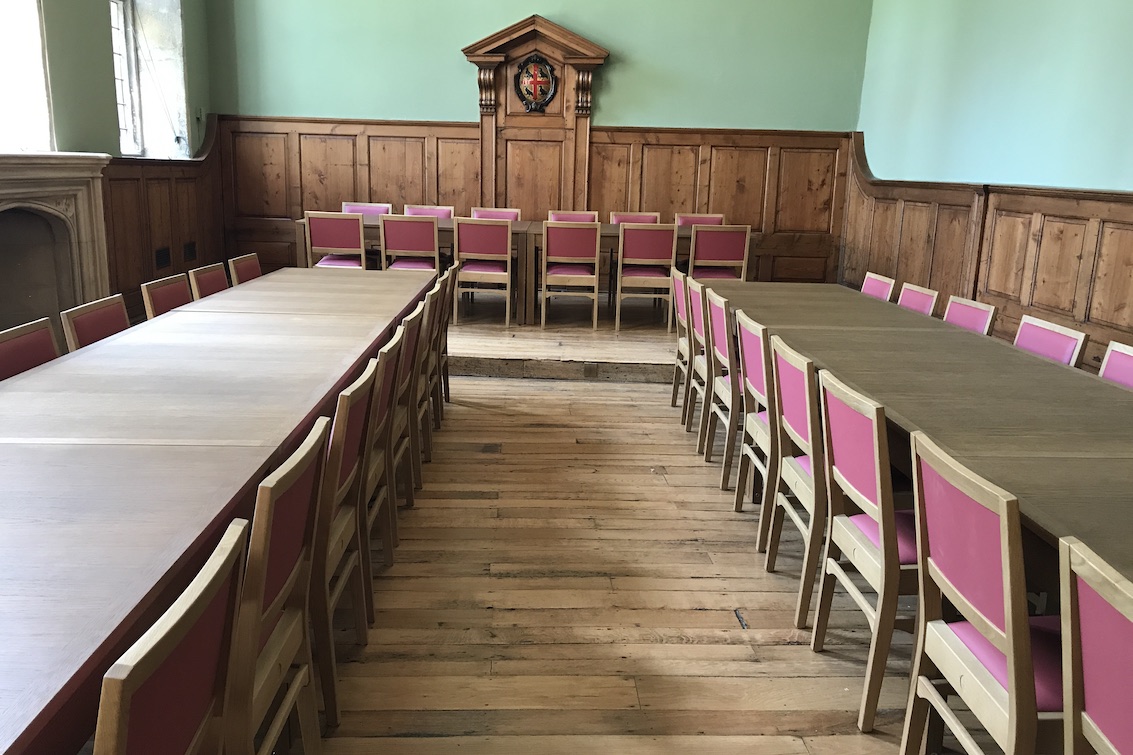 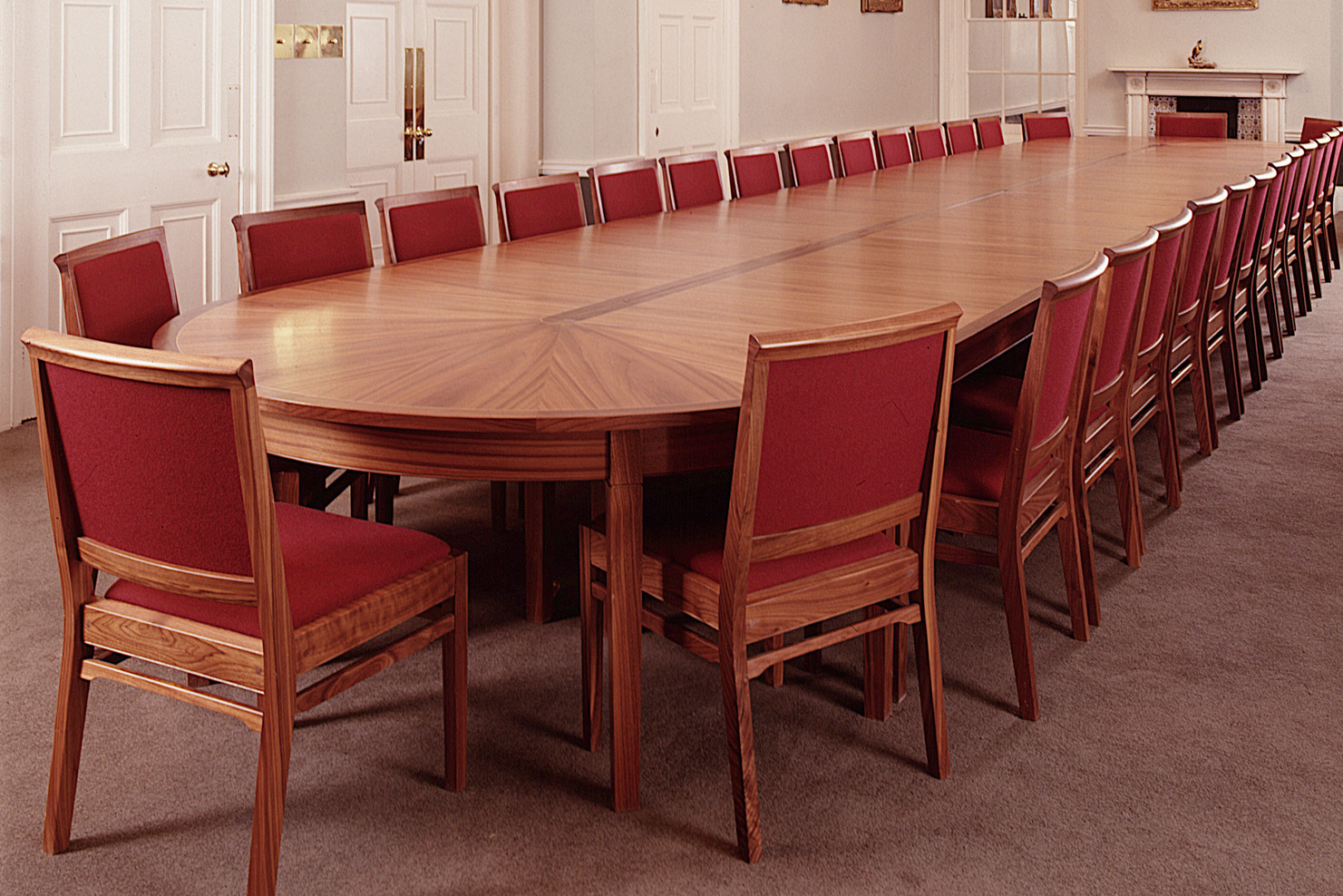 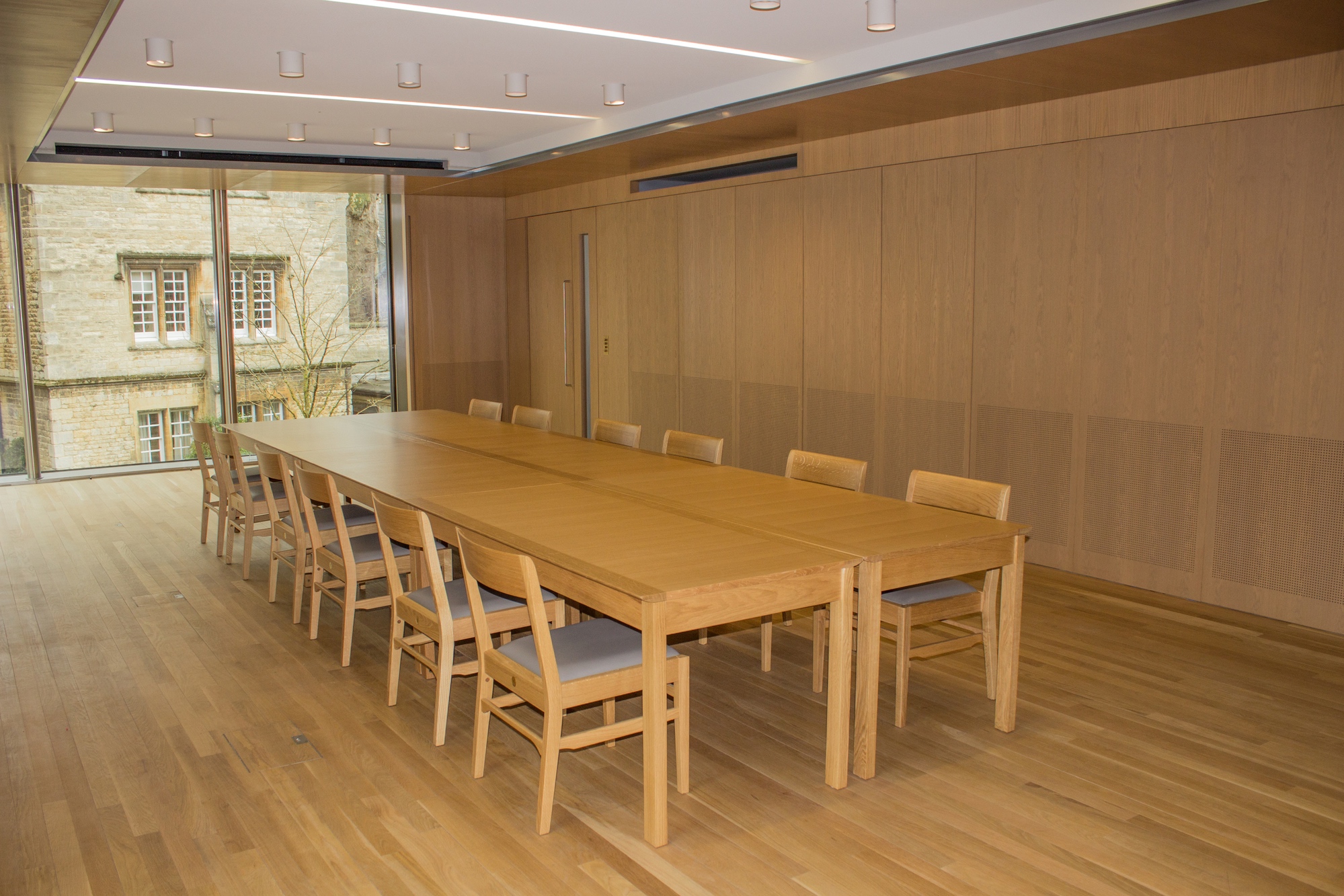 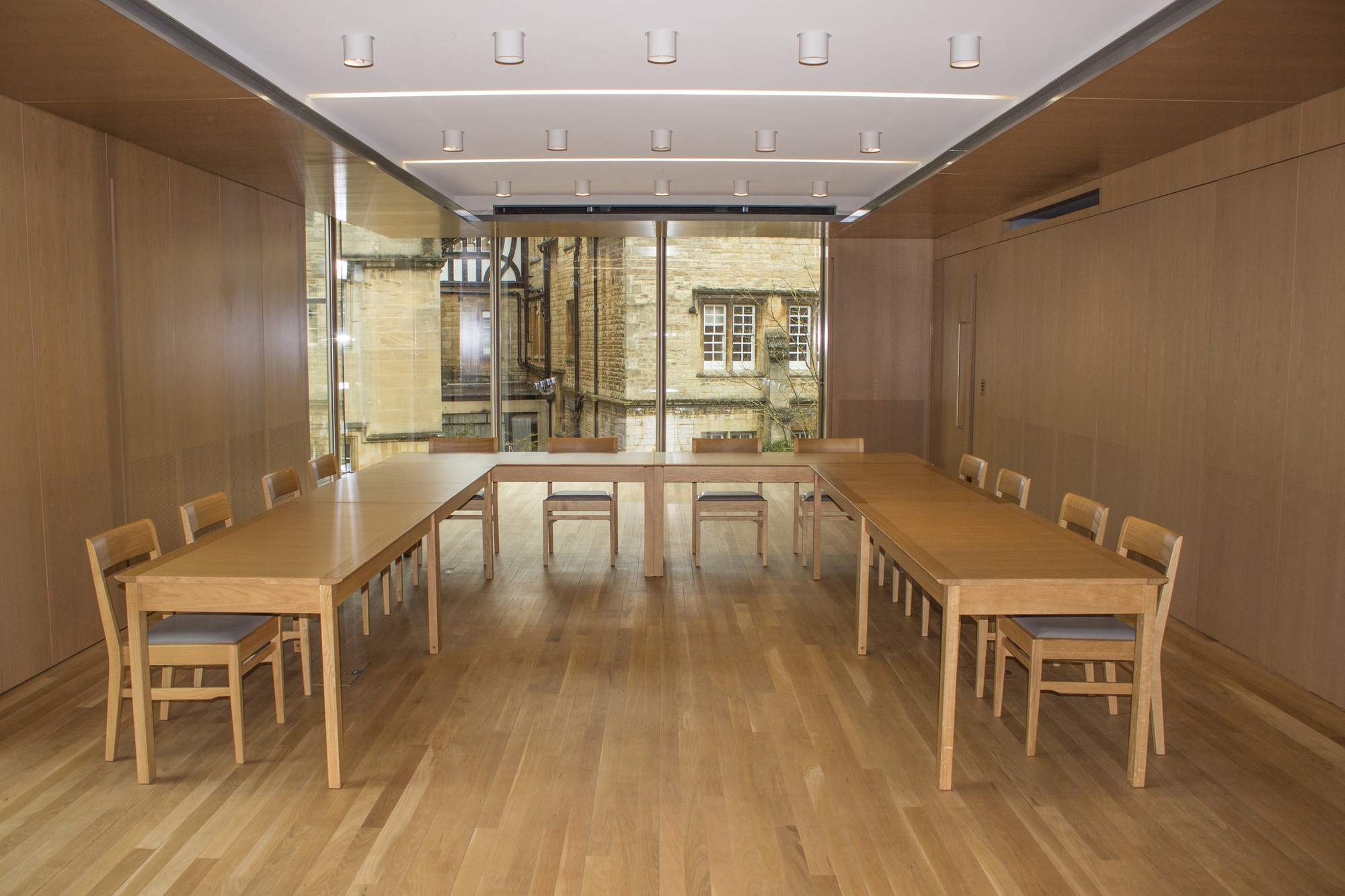 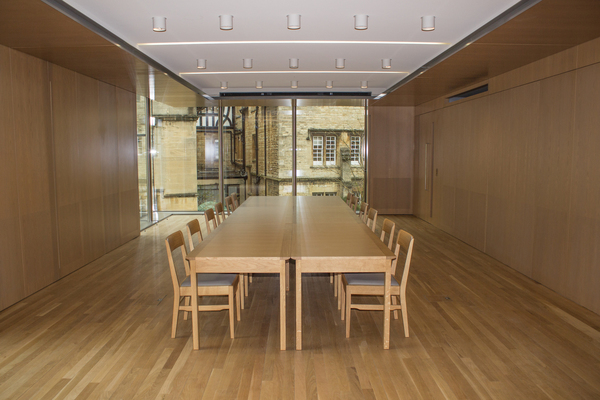 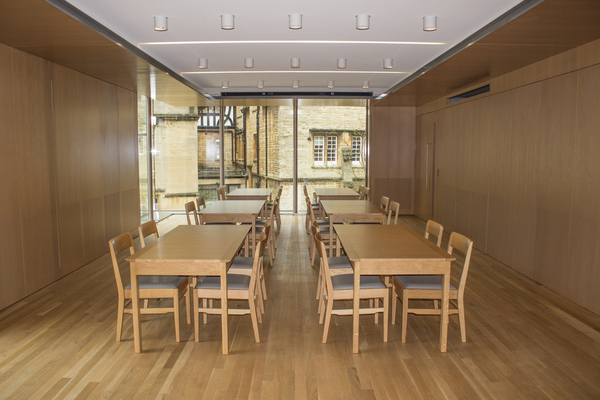 The Athena rectangular folding table series all use the Luke Hughes patented quick release mechanism, making it almost impossible for the casual observer to realise that this beautiful oak table folds.

The Athena is ideal as a collapsible table, contract grade dining hall table, library reading table, or hard-working hospitality and conference table where the client needs something of greater quality than the usual white laminate folding or flip-top.

Using one of our Luke Hughes steel and felt-lined trollies (sold separately), up to 5 folding tables from the Athena range can be moved and stored with ease. Each table can be specified with either crown or quarter cut veneer as an additional cost option.

The Athena folding table has been used in numerous academic projects, including Lincoln College, Oxford, St Hugh’s College, Oxford and Highgate School. More recently it has been specified by Pelli Clark Pelli and Stantec, and by Centerbrook Architects in the boardroom and lobby areas of the Karsh Alumni & Visitor Center at Duke University. The Athena, accompanied by our Folio stacking timber chair in custom finish and fabric, make for ideal folding tables and chairs in the cafe space at the soon to be opened Yale YSB Commons at Yale University and in the dining hall at Bradfield College. Made from European Oak solids and veneers of the highest quality and sourced from sustainable forests, the Athena folding table comes in 6 different lengths, 2 different widths and 5 different stains as standard.

Structurally sound timbers such as American White Oak and American Red Oak can also be specified as add-alt custom options. Further options for the Athena folding table include a demountable modesty panel and felt or LDPE glides.